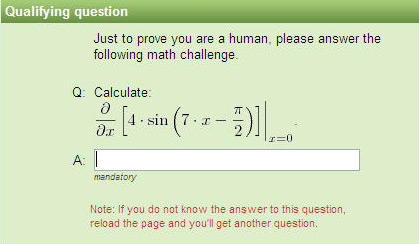 EDIT: We're not actually going to limit accounts. The most we might do is limit the rate at wich you can create new accounts, like only a a few per *minute*.
-Andreas
Collapse